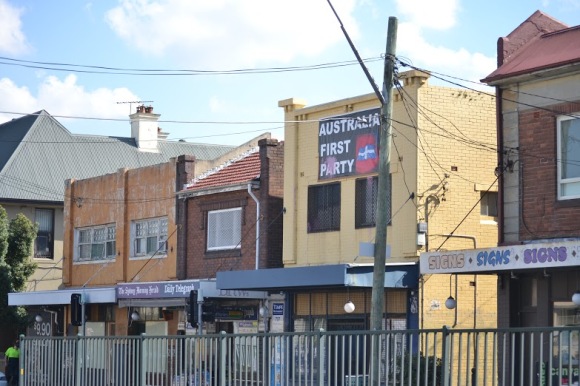 Last month there was significant debate when Mackay Member of Parliament and Liberal Party politician George Christensen announced that he was to attend and speak at a Reclaim Australia rally in Queensland. At the time, the Labor Party condemned Christensen for attending, while conservative columnists applauded his stand for “free speech” against the “politically correct”.

What is most surprising is that, despite problematic ideologies, groups such as Reclaim Australia are considered legitimate “activist” organisations, and Christensen’s attendance was ultimately considered a reasonable decision. However, to understand Reclaim Australia’s place in the current landscape of Australian politics, we need to look closer at where Reclaim Australia stands within the context of contemporary Australia.

Said to have formed in the aftermath of the December Sydney Lindt Cafe siege, Reclaim Australia consider themselves a national “grassroots movement” of relatively average individuals who “want to retain our successful Australian way of life”. Expanding into the national consciousness this year with rallies in April and July, the group appear to be growing in numbers and are only one of many “patriotic” and “pro-Australia” organisations popping up.

Reclaim Australia appear to be promoting a number of ideals that, when reduced to buzzwords, appear completely reasonable. They fight for “equality and tolerance of all races and religions”, “equality of gender” and “freedom of speech”, but underneath this doctrine lies an exclusive support for White Australians, alongside clear anti-immigration and anti-multicultural sentiments.

In fact, all of the “reclaims” of the group are based on straw man arguments (informal fallacies based on giving the impression of refuting an opponent’s argument, while actually refuting an argument which was not advanced by that opponent); none of the aspects of Australian life that they deem to be under threat are facing any peril whatsoever. Rallies have included ludicrous claims that Islamic leaders intend to force religion upon Australians, religious taxes are to be added, and Islam’s intention to invade Australia and segregate men and women is a looming, immediate threat —all unsubstantiated claims that have been falsely reported.

Danny Nalliah from the Rise Up Australia Party addressed the recent rally in Melbourne, endorsing his opposition to the teachings of Islam, but apparently not against Muslim people. “We love the Germans, we oppose the Nazi philosophy. We oppose the communist philosophy but we love the Russians and Chinese,” he said. “Likewise, we oppose Islam but we love the Muslim people.” Though attempting to make a profound point, Nalliah’s inability to differentiate Muslim people from Islam, as well as incorrectly implying that Muslim people are a race, conflates religion with violence and simply repeats many unfounded opinions that exists in the public space.

Further, according to their website, Reclaim Australia want to preserve “traditional values” like “Christmas and Easter and ANZAC day”, reaffirming the group’s position that Australia is first and foremost Christian. I, myself, have never heard or read about minority groups actively campaigning against Christian religious holidays, and should a Reclaim Australia member be asked from whom this statement was made, there is a high chance that they would be unable to determine the source of it too.

Regardless, the inherent hatefulness and xenophobia demonstrated by Reclaim Australia is only an indication of deeper social issues within Australian society. While not every member or supporter of Reclaim Australia is a neo Nazi or fascist, the group is certainly a more extreme version of the general attitude in contemporary society and uses current issues to further their own agenda.

In the past few years, the asylum seeker issue has been unjustly tied to national security by being conflated with Islamic extremism. This issue has driven many of the xenophobic attitudes towards Muslim people, and has converged with the fear of “changing Australia and its cultural identity”. As hate towards immigrants increases—particularly towards Muslim migrants—collective national attitudes are also moving towards being increasingly opposed to individuals of different races, cultures and religions. 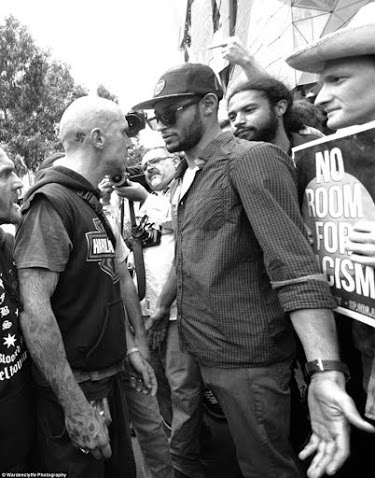 After a photo emerged in April of a person of colour being confronted by a white supremacist during the Reclaim Australia rally in Melbourne, the organisation has been trying even harder to distance themselves from the extreme right and ultranationalist behaviour of white power advocates. A Reclaim Australia spokeswoman, who chose to remain nameless, told The Australian newspaper in early August that “plenty of people are trying to hijack us. Reclaim is the voice for everyday Australians to say what many Australians think, but don’t always say.”

However, it’s inaccurate to brand Reclaim Australia as a fringe movement. Pervasive racism in the mainstream has been utilised and built upon by Reclaim, thereby contributing to the normalisation of racism and bigotry in Australia by dressing it up as everyday patriotism.

The Guardian Australia contributor Jeff Sparrow is one of many observing parallels between the pure bigotry of Reclaim Australia and traditional anti-Semitism. In fact ties are closer than ever, with reports that neo-Nazi websites in the United States are being used to recruit members to attend the Reclaim Australia rallies. While Australia isn’t experiencing anything close to the devastating crisis faced by Germany during the Weimar Republic, we are experiencing a prevalent and ever present bigotry radiating from the media, political parties and on social media. As history and human nature have proved, there is very little separating ‘fringe’ beliefs from attracting mainstream audiences in times of war, economic hardship and global instability.

Reclaim Australia’s position seems to be primarily informed by our national leaders, those very same individuals who run our country and ought be delivering accurate information to the public. As Tony Abbott continues to blur the lines of truth to promote ultranationalism by calling for “the end of radicalisation of Muslims in Australia”, he remains silent regarding the presence of racism and extreme white supremacy in the public sphere.

While a majority of Reclaim Australia supporters co-opt the Australian flags and Vegemite as a means of “representing nationalism”, other more radical members conceal their faces with masks or flags while out protesting. For a collection of individuals who believe they are acting in the best interests of the nation, their aggressive behaviour and refusal to express their beliefs unmasked is telling. Historically, hate groups have covered their faces, aware that their anti-social behaviour and activism is simply crime camouflaged as acceptable forms of protest. That this practice exists is worth mentioning regardless of how few or how many members of Reclaim Australia engage in it.

As “patriots”, Reclaim Australia and the growing support of assimilation go against the freedom of choice and religion, purportedly upheld as symbols of our democracy in Australia. While Reclaim Australia continues to supposedly fight for free speech and expression, they concurrently stifle those very same freedoms.

Indeed, the bigoted views and xenophobia of Reclaim Australia’s supporters are symptoms of structural racism and white supremacy in Australia. Worryingly, a large aspect of Reclaim Australia’s continued growth and success comes from politicians not calling out bigoted, ignorant and racist views in everyday public life.

Reclaim Australia aren’t outsiders in the Australian political landscape. Their views and ideologies are born of the same mindsets which other Australians simply keep secret. However, we need to talk about these issues in order to make Reclaim Australia less of a problem and more of a fringe group. We need to stop normalising racism and start condemning it. We need to sit down and have a discussion about why it is that Australians are so afraid of the dreaded migrant, so that we can, altogether, live in a kind of Australia that’s inclusive and understanding of all people.

This site uses Akismet to reduce spam. Learn how your comment data is processed.